A surprising gift from the Government shutdown

After the 35-day shutdown northern California experienced lots of rain, high tides and beaches in the national parks closed off to humans.

Those conditions were perfect for an entire family of elephant seals to take over Drakes beach, located in the Point Reyes National Seashore. This has never happened before, 60 nursing females and their 35 babies now own the beach! They won’t leave until the kids are grown enough to swim, so that could be months. Or maybe they will stay. We can visit the park on weekends to look at this wonder, photograph and then leave.

These animals weigh in at 9,000 lbs. They broke the fencing and now there is yellow tape and lots of rangers making sure that no one gets too close. In nature the rule is you definitely don’t get between mothers and their babies. Even though they are massive, they move quickly and gracefully if they need to defend their family.

These photographs were taken on 2/9/19, a week after the shutdown ended.

I included 2 photos from Christmas Day 2015 to compare, when you could walk right up to a lazy female sunning, and she would barely crack an eye. 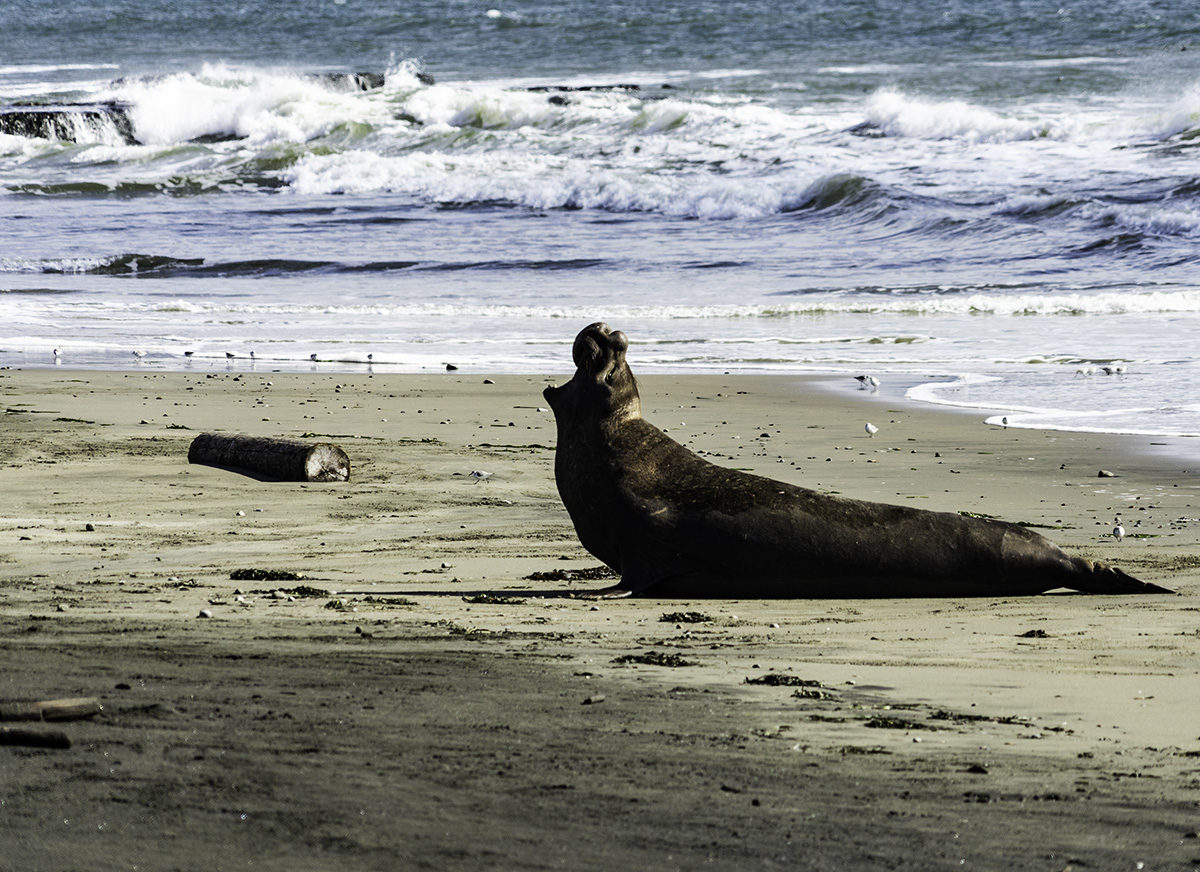 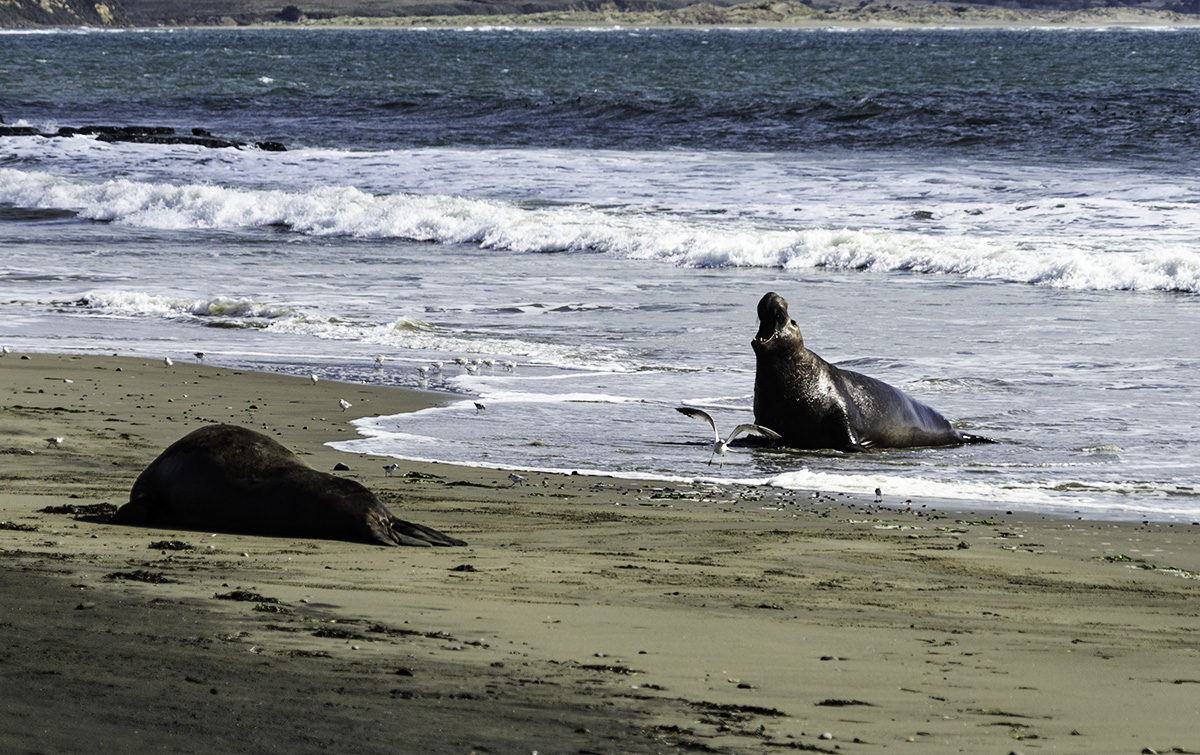 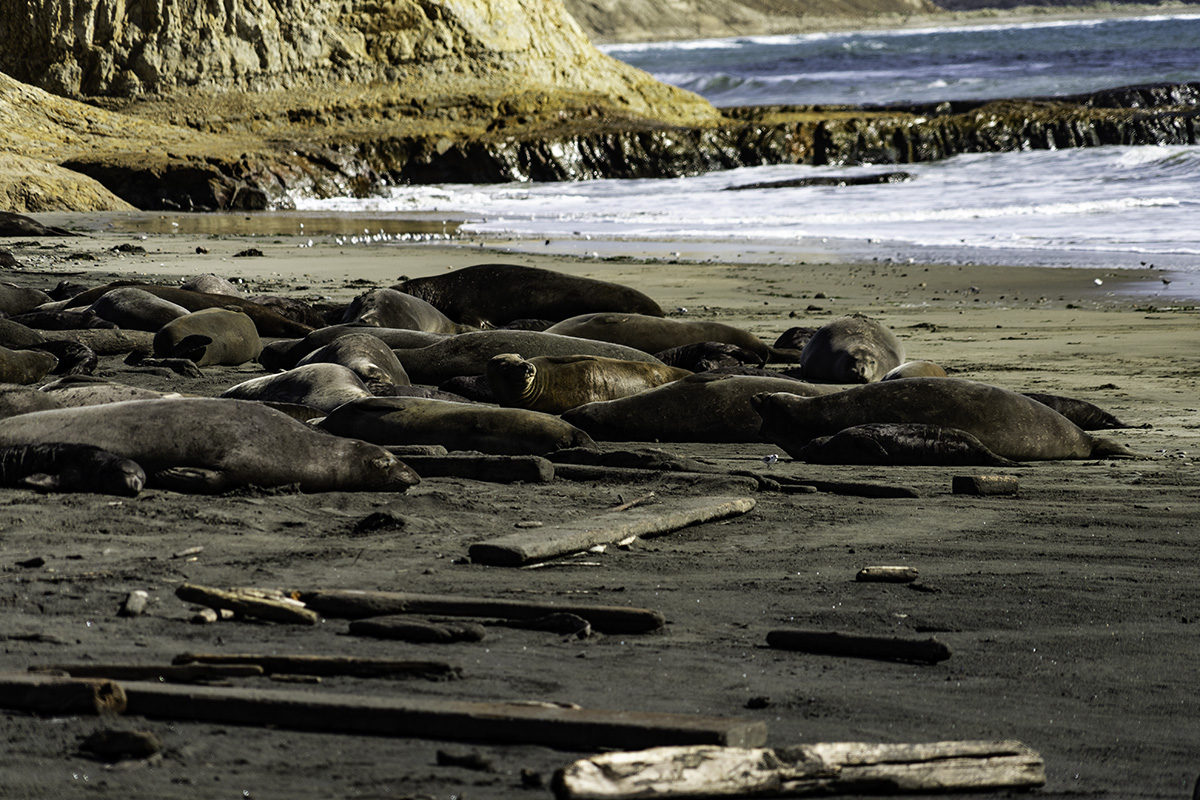 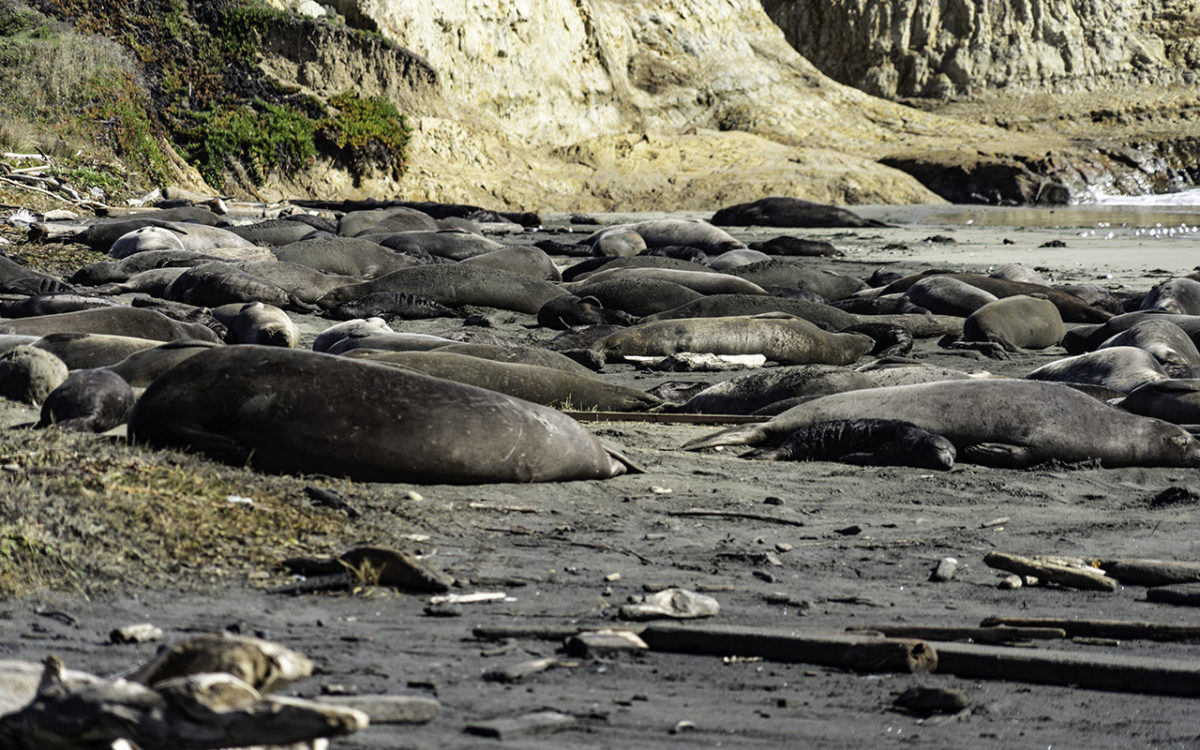 All photographs by Diana Dunlap 2019