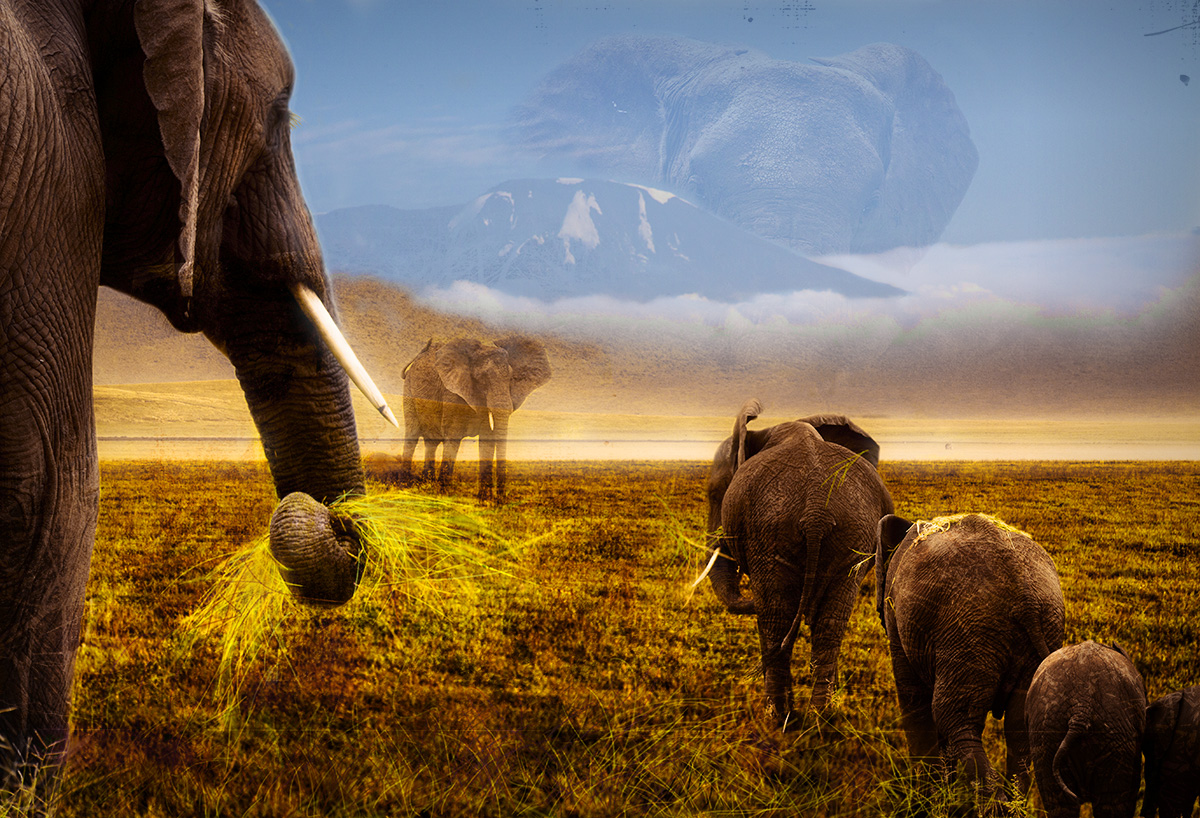 When you think of elephants, what comes to your mind?

Elephants are huge mammals that can live to be 70-90 years old. They travel in matriarchal herds, which are led by the oldest female. They weigh in at 4-7 tons, so when you see them on safari they are bigger than the 6-passenger jeep.

They gracefully swing through the land browsing on grasses, trees and shrubs. I think they are the true gardeners of the African plains. Blazing trails, leaving huge footprints that smaller creatures can drink from. Their tusks are their tools for gathering food and clearing the trees. (Killing elephants for their tusks leaves them dependent on others for food, as well as it is being an unusually cruel practice)

A matriarch, whose experience and long memory provide the culture, care and protection of the young, always leads elephant herds. Educating the young to the seasonal location of food and water are what allows for the survival of the herd and the species.

They Grieve for Their Deceased

Elephants pay respect to and grieve for their dead. They frequently visit the burial sites of their deceased herd members, touching the bones with their trunks and feet. When a member of the herd dies the Matriarch stands by the elephant flapping her ears and touching it with her feet. The herd assembles near and around her in support, brings offerings of grasses to cover the deceased.

To be sure elephants can display rage, pain and fear especially when defending their herd. The encroachment on their habitat from hunting, poaching and government culling has had a disorienting effect on them physically and emotionally.

“Our newly emerging compact with elephants…requires nothing less than a fundamental shift in the way we look at animals, and by extension, ourselves. It requires a new “trans-species psyche”, a commitment to move beyond an anthropocentric frame of reference, and in effect, be elephants.” –Charles Siebert