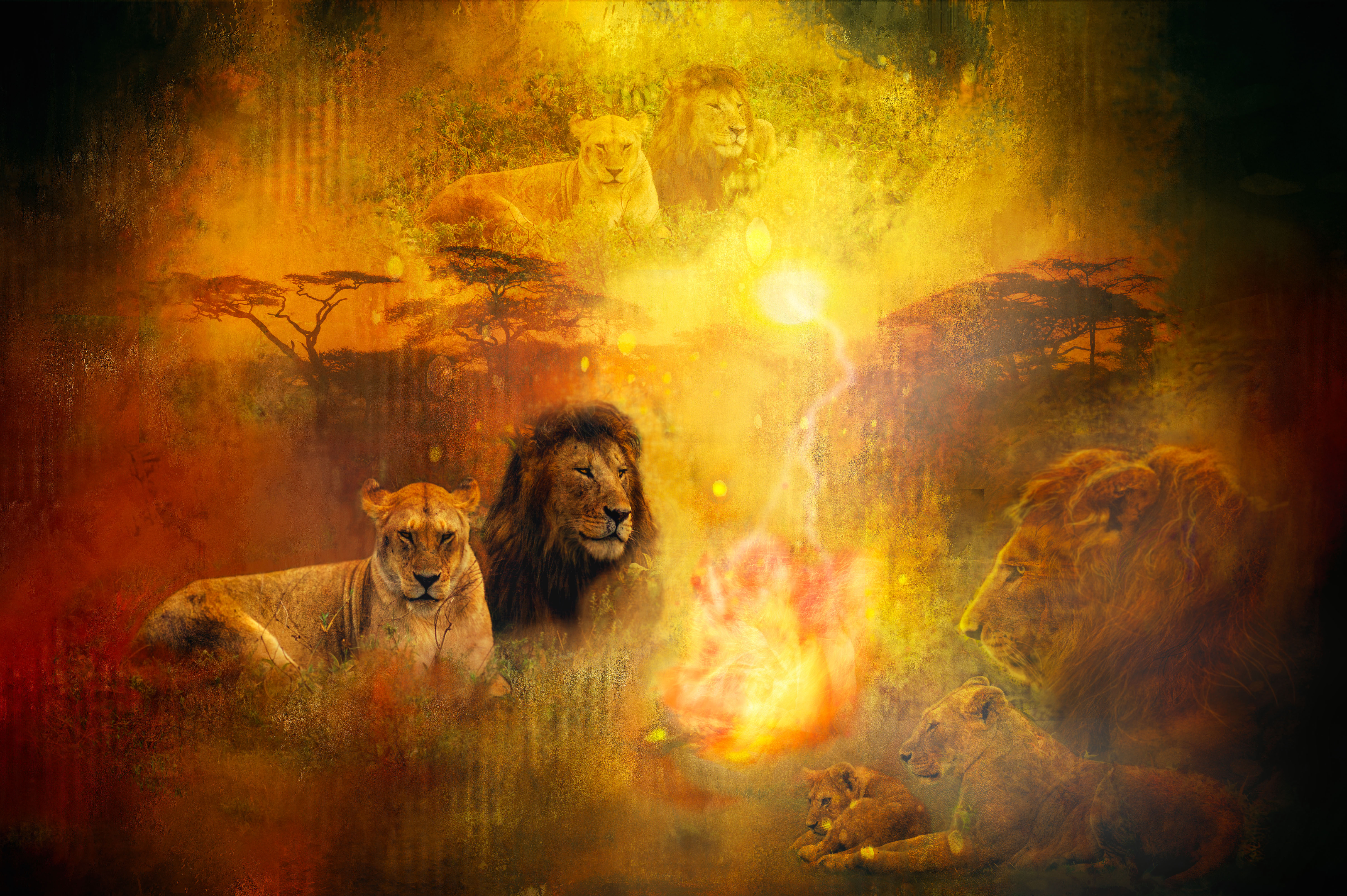 When on safari last January we spent 3 days in a mobile tent camp, right in the middle of the plains where the lions lived, as well as Zebra, wildebeests and some Elephants. At night we could hear the distant roar of the lions, which was comforting rather than frightening. They were well fed and not interested in us.

For humanity the lion has been an icon for thousands of years, appearing in cultures across Asia, Africa and Europe. Despite the fact that this large cat is known for attacks on humans, it has always enjoyed a positive portrayal in various cultures as a strong and noble beast. And commonly referred to as the “king of beasts”, a symbol of royalty.

The lion was emblematic in Ancient Greece and Rome, symbolized as the constellation and zodiac sign Leo, and described in mythology, where its skin was borne by the hero Hercules, as a magical cloak. This may explain the primitive human behavior (that continues to this day) of taking a lion’s skin and head, as a status symbol for the one who killed the lion.

The qualities of Courage and Strength belong to the Lion. Roaring summons the power of the Sun. It is thought that the Lion can call down the thunder across the plains. The pride of lions is a family with strong bonds, protected by the male and nourished by the females.

Thought magic, thunder and lightening and the solar energy of Gold belong to the realm of the Lions.

What the Lion spirit brings with it, to teach us is self-control, mastery of emotions and staying centered in your core.

Be brave; know your own nobility and value in the world, and let it be known. There may a time that you will need to roar, go for it, and let your voice be heard!