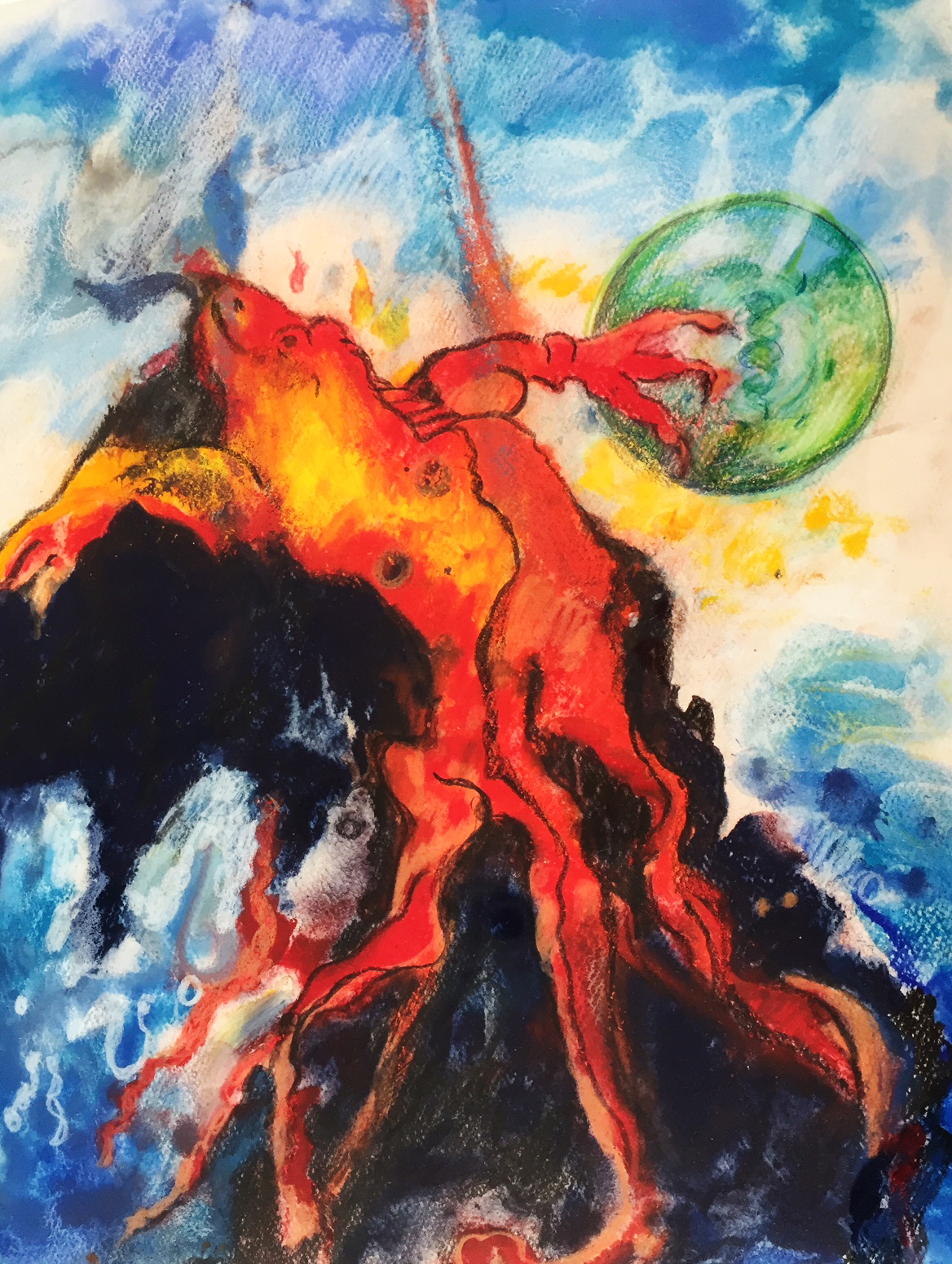 While traveling in the Galapagos Islands in 2001 I decided to scuba dive. As you know this archipelago is a volcanic formation, so while diving you are surrounded by lava rock as well as hammerhead sharks, turtles, not to mention an enormous array of fish. It is a very primitive ancient environment. It has a sense of being at the beginning of creation, untouched by humans.

After rising out of the ocean I had what I will refer to as a vision, for lack of a better word. The image in this post is a pastel drawing of that experience.

I’m posting it here because it looks so much like all of the aerial drone and helicopter shots of the lava flow that we are now seeing from the eruptions from the Kilauea volcano.

This was a strong visual experience without the aid of a camera; imagination at it’s best.